Beat the Traffic With Conflation 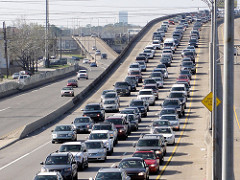 Does your network bandwidth ever feel like this congested freeway? Do you ever have a subscription that gets so many messages that it really cannot process them all? If you answered yes, why haven’t you tried using conflated subscriptions?

Let’s look at an example where conflated subscriptions might be useful. Imagine there is an application which displays selected stocks with their current prices. This display refreshes every two seconds. Since the application only refreshes the display every two seconds, it only needs new data every two seconds, rather than a full stream of the price changes. On the other hand, a trading desk might need the full stream of messages and therefore will not set a conflation interval or conflation key(s) on their subscriptions.

To accomplish this, the display application can place a subscription that updates the price based on the tickerId with a conflation interval of two seconds and a conflation key of tickerId.

For example, in Python:

AMPS will hold the data for each distinct tickerId for two seconds before sending a message to the application. For example, AMPS will receive the following messages within the conflation interval:

Any messages that are received by AMPS with the same tickerId will be replaced until the two second interval is reached and then the data is sent to the subscriber. Only the last message for each conflation_key is delivered by AMPS at the end of the interval:

This means the application does not have to process many updates that will ultimately never end up being displayed, it will not waste time parsing unecessary updates and an up to date price is always shown on the refresh interval. This will free up some of your bandwidth and let you unleash the horses under the hood of your other subscribers. This also means that your application may not receive messages strictly in the order published, but will receive the last message for each distinct conflation key during the interval. 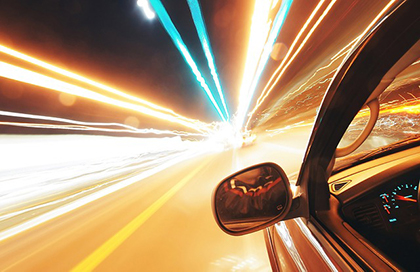