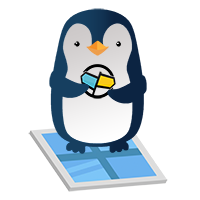 AMPS is used for a wide variety of applications, from extreme low-latency applications with a latency budget of less than a millisecond roundtrip to applications that aggregate millions of fast changing records that intentionally conflate updates to reduce load on a user interface. All of these applications have one thing in common, though: AMPS runs on x64 Linux, so application developers need to have access to a Linux installation to develop against AMPS.

For sites (or developers) typically focused on Windows development, this can sometimes make it seem more difficult than necessary to get started with AMPS. Installing a virtualization product like VirtualBox or VMWare works well, but involves installing the virtualization software, choosing and manually installing a Linux distribution, and then dealing with what is effectively an entirely separate desktop and development system.

On recent builds of Windows 10, the process can now be just a few simple steps. These builds include Windows Subsystem for Linux 2 (WSL2), which runs a Linux kernel on Microsoft’s Hyper-V. It’s included as an optional feature of Windows 10 starting with the May 27, 2020 update (version 2004 / build 19041 and later). The Linux distributions are provided through the Windows Store, and are simple to download and install for people who don’t spend a lot of time managing Linux systems.

If you don’t already have an existing setup for running a Linux server on your windows system, WSL2 is a great solution. There’s no need to have a separate development system or to set up separate Virtual Machine software – you can do everything you need using the WSL2 system provided with Windows.

AMPS runs perfectly well on WSL2. All unit and integration tests pass on WSL2 (stress and long-haul-testing suites require several systems with high-speed networking between them, so those aren’t really run on any development system). In fact, AMPS (and the development environment for AMPS) run well enough that several members of the 60East development team now use WSL2 as their main development environment when working on the AMPS server.

AMPS On Windows: Step by Step

To set up WSL2 and get AMPS running, follow these steps:

That’s all it takes to get a minimal AMPS configuration up and running!

You now have a running AMPS instance on your Windows system! If you’ve used the sample configuration, you can now open a browser on your Windows desktop and navigate to http://localhost:8085/ to see the Galvanometer for the instance.

Crank Up Your Windows!

Those of us who run Windows systems at 60East are big fans of WSL2. Although virtual machines work well, the ease of use and simple Windows integration make WSL2 enjoyable to work with. We hope that you’ll enjoy it too!

Have more tips or tricks when using WSL2? Drop us a line, or let us know in the comments!