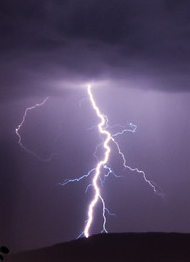 60East is proud to announce the release of AMPS 5.3 — the most fully-featured and easy to use version of AMPS yet!

Production Tested From Day One

The 5.3 release marks the full release of the features we’ve been releasing in previews for the last 18 months. The preview program was designed to quickly provide access to new features, and one measure of the success of the preview program is that most of the new features in this release have already been used in production for months, at multiple customer sites, making this the most well-vetted version of AMPS in our history.

This release includes the following major features, new since 5.2:

We’ll be following up with more extensive blog posts on many of these features in the weeks to come.

Aside from these major improvements, this release includes dozens of smaller improvements and bug fixes. See the release history for the full list.

We’re also excited about a few things that aren’t in this release. In the 5.3 release, you can upgrade your AMPS instances from 5.0 or 5.2 without running the amps_upgrade tool to process data files. AMPS 5.3 will work seamlessly with data files from a previous version. (Notice, though, that 5.3 may record data that cannot be processed by earlier versions, so while upgrade is seamless, earlier versions of AMPS do not work with the new features in 5.3 and do not support rollback).

You can also replicate between 5.2 versions of AMPS and 5.3 for the purposes of rolling and incremental upgrades. This capability is intended to help distributed teams and applications with complex topologies upgrade “in place” without the need for a service to ever completely go offline.

All of this means that an upgrade can often be as simple as stopping the running version of AMPS and restarting with the new binary. (60East recommends testing the upgrade in a development or test environment first, of course, since we’ve also added more error-prevention to the startup process.)

Cranked Up and Ready

AMPS 5.3 is available for download and ready to take on your most demanding workloads. What’s your favorite part of AMPS 5.3? Let us know – whether that’s one of the major features mentioned above, a smaller improvement, the new theme in Galvanometer, or something else entirely!

Read Next:   Monitor your AMPS instances with Prometheus and Grafana